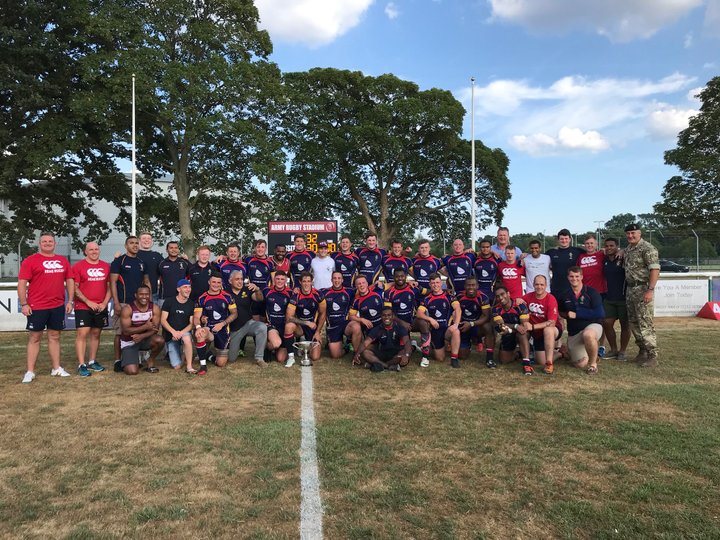 Wed 25 Jul 18 saw a superb celebration of Army Community RL as the Lawson Cup Finals day took place at the Army Rugby Stadium in Aldershot. Four games took place during the day, with nearly 100 players getting on to the field.

First up was an exhibition game between the newly formed RLC Women's side and an Army RL Women's Development side. The logisticians ran out on top with a 26-12 scoreline.

Next up in the searing heat was another exhibition game between the RLC and the RAC. Again the "loggies" came out on top with a 34-16 win.

The third game of the day saw the Lawson Cup 3rd/4th place play off between the RA and the 2017 winners R SIGS. A hard fought game of RL eventually saw R SIGS victorious with a 28-30 scoreline.

All this superb RL really set the scene for what was an absolutely cracking final between the Sappers and the 2016 runners up REME, with the latter eventually running out 30-32 winners, despite a late Sapper fightback.

A massive thank you to Sapper Support for sponsoring the Finals Day.