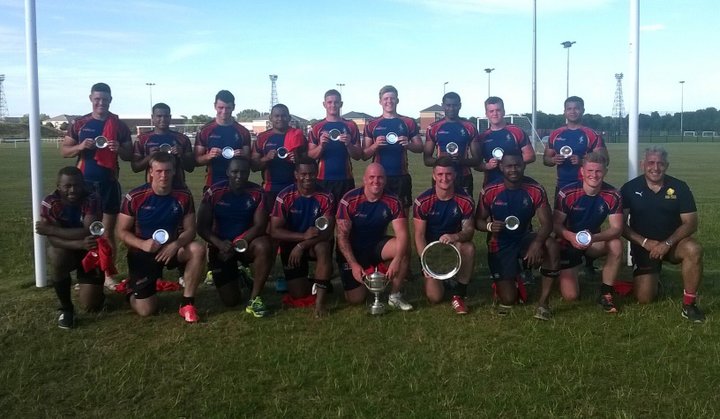 The 8 Trg Bn REME Team had previously narrowly lost by a single score against 1 YORKS in the Final of the Army Rugby League Nav 9s Cup in May 2017, again held in MOD Lyneham.

I would like to thank WO2 (AQMS) Graham Stott HQ DSEME who has led on the support and org function in 2017 of making the competitions run smoothly on the day, enabling several hundred soldiers from across the Army, to take the field of play in good order, in two excellent Army Community Rugby League events held in MOD Lyneham.

I would also like to thank John and Julie Hulatt who attended providing physio/strapping support to all the teams and erected the Soldiers League Stand. Lt Col (Retd) Jeremy Bethell, President Soldiers League attended and kindly presented the trophies, medals and bespoke Army RL T-shirts to the winning teams and Cup Finalists.